Top Myths About Stoves Which Need To Be Busted...Now

Stoves are one of the most popular forms of the fireplace because they have that traditional feel and bring their own sense of personality and atmosphere to a room. However, we feel we need to dispel a few common myths about this form of heating because a lot of the talk around solid fuel burning stoves doesn't really tell the truth. Here are just a few of the myths about stoves that are worth busting straightaway. 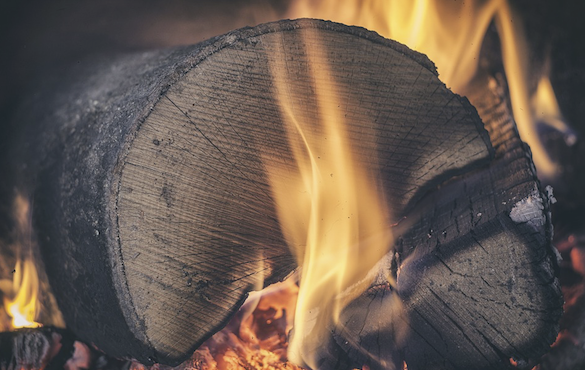 First off, do you think that opening the door of the stove is going to be a good idea for boosting the heat in the room? No. You’ll definitely burn a lot of extra fuel that way, and probably also introduce a few unwanted billows of smoke into the room. To keep your room toasty and warm, keep the door closed and let the stove do its thing properly. If you do want the ambience of an open flame in the room, you should probably consider going for an open fireplace instead.

And are you thinking about burning just any old coal or wood? To be on the safe side, stick to smokeless fuel and kiln dried wood so that you don’t have to deal with nasty toxic or sulphurous emissions that are bad for people and for the building itself.

If you’re looking for a stove to burn through the night, you’d better choose carefully. You’ll want a cast iron stove that burns coal. And if it has a firebox and air control that can house enough fuel and burn at just the right rate to need a simple stoking and replenishing first thing in the morning, then excellent. You have what you’re looking for. However, not all stoves have that. Modern stoves can achieve the same effect with the right amount of cladding.

Forget the idea that your stove needs to burn so fiercely that it changes colour. If it starts glowing, it may look pretty, but you’re on the way to damaging it.

Expensive to run? No, not if you choose the right kind of fuel. That way it’ll be around 90% efficient, and the upfront cost of wood is very affordable, especially if you’re only using it to heat that single room.

With that 90% efficiency rate, you’re also doing a big favour to the environment. Source your fuel supplies from the local area and you’ll keep your carbon footprint down. And when you burn wood, it’s carbon neutral - which means the fuel is only releasing the same amount of CO2 as it uses. In other words, the myth of stoves being bad for the environment is one you can safely ignore.

Hopefully, that’s given you a better idea of the actual truth behind some of the myths relating to solid fuel burning stoves. If you like the look of this kind of fireplace but you’d prefer to solve some of the issues of solid fuel, you could, of course, go for an electric or gas-fired equivalent. The possibilities are endless. Contact us if you'd like further advice.