Is There a Reason Why We Love a Fireplace?

Sitting by a fire when it’s cold and wet outside is many people’s idea of a perfect winter evening. Hearing the crackling logs and seeing those glowing coals brings about a feeling of nostalgia, and there is an evolutionary and biological reason behind why we seem to love sitting by a crackling fire. 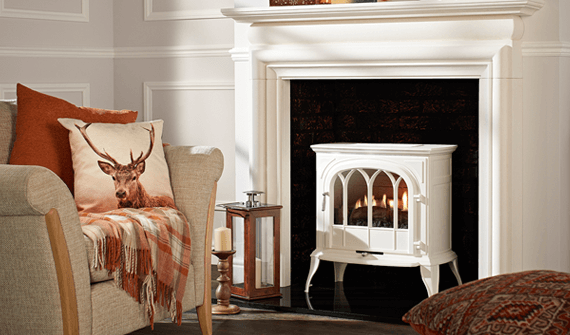 The act of gathering around a fire can be traced back to prehistoric times, where the fire was a source of heat, and used for cooking food. The fire also acted as a multisensory stimulation – visual, auditory, olfactory, heat, smoke/food taste – drawing attention and comfort for those gathered around it, particularly in the dark.

It has been hypothesised that we have evolved to enjoy being around fires because they were important for socialising in a place that was safe and warm and there is also archaeological evidence to support this. Our ancestors would have seen sitting around a fire, keeping it going, an important job. Finding fuel, kindling, keeping the fire up and cooking requires cooperation. The people who were successful with fires would have been advantageous over others.

The researchers behind the study hypothesised that all of our senses become absorbed in the experience. Having a calming focus of attention could help reduce anxiety. The study said, “Findings confirm that hearth and campfires induce relaxation as part of a multisensory, absorptive and social experience,” which indicates that not much has changed over the years.

In today’s society, where many traditional fireplaces have been taken over by electric fires, it is still very much the same. A fireplace still serves some functions, providing a statement for the room, acts as a focal point, and a source of heat. New designs also mean it is not just a hole in the wall, and you can make your fireplace complete the interior design of your home and reflect your personality.

Modern fireplaces are also more environmentally friendly, as fewer burn logs or coal, but have still not lost their physical appeal, and many people still see a fireplace as part of the traditional British home. Whether period pieces, new designs in an old room, or completely contemporary, fireplaces are a feature of the home not to be ignored!