Fireplaces through the ages

Fireplaces have long been a key part of our homes, providing warmth, aesthetics and a focal point for the room. They have come a long way from dangerous open fires to modern gas and electric fire alternatives that are widely available today. We’re here today to delve into the depths of fireplaces through the ages to show you just how far we have come: 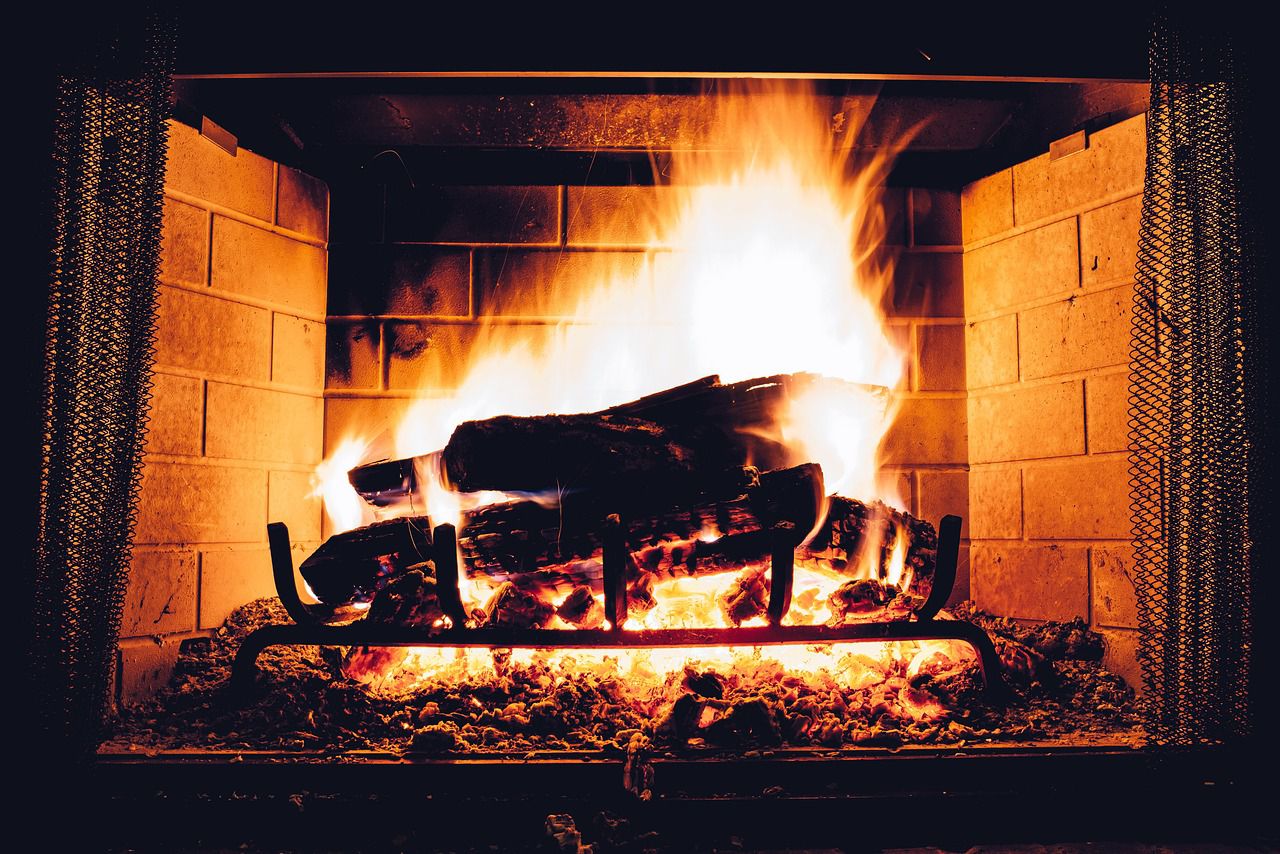 In the age of the caveman, a ‘fireplace’ would have simply been a hole dug in the ground, filled with fuel such as wood, and lit. They were the heart of the home, where friends and families would commune together around the functional fire for warmth, and for cooking purposes. At this point, fires were an absolute essential for people to live, particularly during the colder months and were often placed in the centre of the home to allow the greatest of benefits. However, the smoke would often fill the cave, which was not pleasant, or healthy, for those living within! This technique was used for thousands of years.

In around 1100s, the fire pits were moved from the centre of the home to be positioned against a wall. This allowed for them to use something similar to a chimney to get rid of the smoke, while still enjoying the warming glow and cooking facilities within their homes. These chimneys would allow for the smoke to escape vertically into the surrounding area.

The 1500s saw a revolution in the way that homes were built, with second stories now being built. This meant that the inhabitants needed fireplaces on both floors to ensure that the entire home could benefit from the heat, and there came the innovation of the horizontal chimney. This could be shared by both fireplaces and allowed the smoke to rise and escape.

With the innovation revolution of the 1500s, architects began to explore further the design of fireplaces to see how they could better fit into the home. This is where fireplaces came into their own, and moved from a simple practical feature to something of beauty, elegance and of course, functionality.

The 1700s saw the fire moving back to the centre of the room through the use of a stove.  Traditionally made out of cast iron, these stoves could hold heat long after the fire had finished burning, and circulated heat around the room in a very efficient manner. The industrial revolution at the end of the 1700s lead to the standardisation of fireplaces due to large-scale housing developments being built, this also was the first case where fireplaces were seen placed within the wall of the home, rather than against it.

The 1800s fireplaces had a clear structure that consisted of two parts: the surround and the insert. The surround was commonly made from wood, marble or granite and the insert was often made from cast iron. Fireplaces were seen to add a touch of class to the home and began to be lavishly decorated with tiles and cast iron decorations.

The early 20th century saw the art deco movement taking hold, again reinforcing the aesthetic value that fireplaces could hold. The urgency for housing following World War I meant that there was a desperate need for an alternative and quick heating source, therefore the development of electric fires began.

Gas fires are thought to have been first developed around 1895, although the risks associated with them needed much further testing before they could be brought to market. By the 1930s however, all new homes were built with their very own gas fire. At this time, they had to be carefully lit and were usually saved for the coldest of days due to the high costs of the gas fuel.

The electric fire was first invented in 1912 but did not spring into popularity until the 1950s due to concerns over the safety of these devices as had happened with gas alternatives.

Central heating became commonplace in the mid 20th century, which meant that the popularity of fireplaces began to decline. However, those who were still in the market for gas and electric fires had the benefit of using them as a decorative statement and a focal point of a room. It had always been recognised as an important part of the home to all the family, and this has continued into modern day.

In today’s world, there are dramatically fewer safety concerns as the innovative technologies have come a million miles from where they began. Both gas and electric fires today are a fantastic alternative heating option that come as a low cost, with features that include energy efficiency that can save you money in the long term.

From the humble beginnings where the fire provided food and warmth to the focal point aesthetics of modern electric fires and gas fires that we all know and love today, we are grateful for the innovations that have bought fireplaces to where they are today and look forward to these incredible devices being a key part of our homes for many years to come!